The National War Memorial is a monument built by the Government of India near India Gate, New Delhi, to honour the Indian Armed Forces. The memorial is spread over 40 acres of land and is built around the existing chhatri (canopy) near India Gate. The memorial wall is flushed with the ground and in harmony with existing aesthetics. The names of armed forces personnel martyred during the armed conflicts are inscribed on the memorial walls.

The innermost structure of the National War Memorial (India) complex, called the Amar Chakra (Circle of Immortality). The other structures in the entire Memorial complex are

The outermost Rakshak Chakra comprises of rows of more than 600 trees, each tree symbolizing the many soldiers guarding the national solidarity of India – 24 hours a day, 365 days a year.

Paying homage to the 25,942 war casualties, the 16 walls in the Tyag Chakra have their names inscribed in gold, on granite tablets arranged in the Chakravyuh fashion of ancient Indian warfare.

The Veerta Chakra is made up of six murals crafted by eminent sculptor Ram Sutar, depicting renowned battles fought by the defence services.

The innermost Amar Chakra comprises of the 15.5 meters’ tall obelisk topped with an Ashokan capital with the base engraved with the famous couplet “Shaheed ki mazron par”. An eternal flame beside the Amar Jawan Jyoti shall burn here on.

A bordering area has been marked as Param Yoddha Sthal, showcasing the busts of the 21 Param Vir Chakra awardees, with the busts of three living awardees as well. 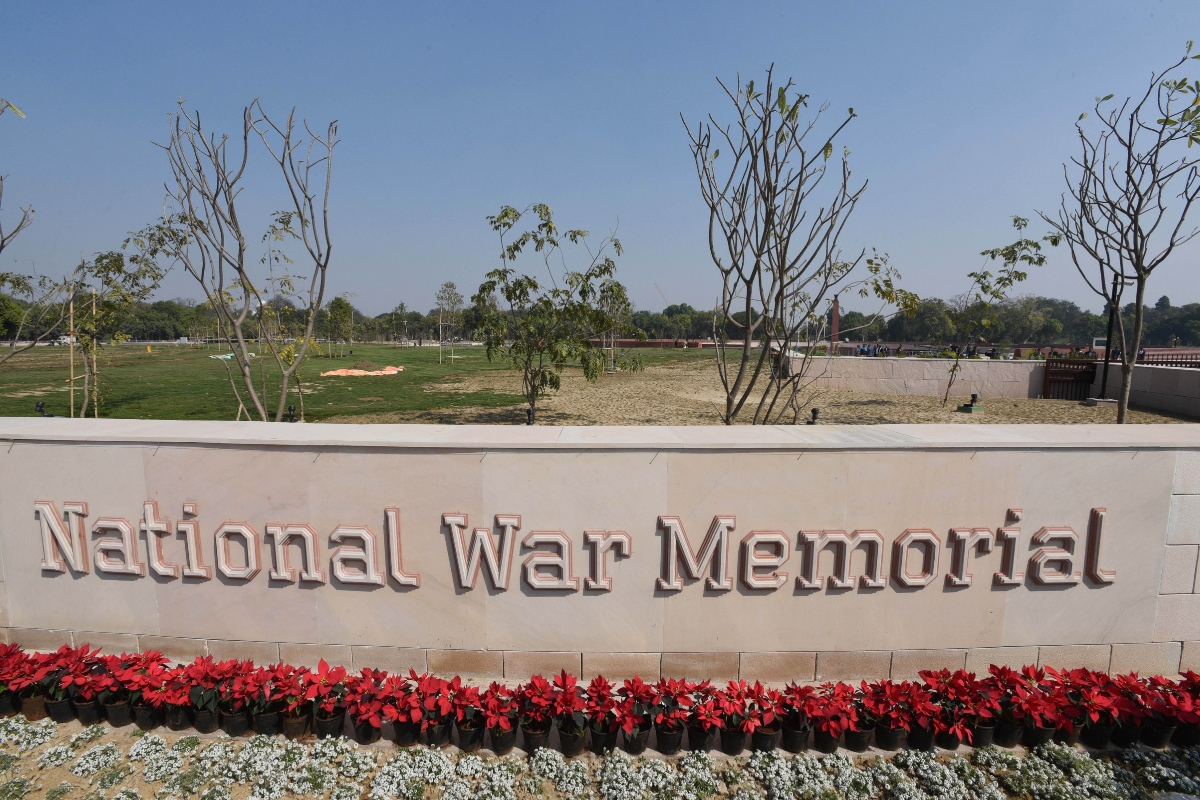 While the entry to the War Memorial is free of cost, there is a restriction of up to 250 visitors only at one time.You can visit the National War Memorial from 9 am to 6:30 pm (November to March) and from 9 am to 7:30 pm (April to October).

You can go there with the help of different means of transportation. Will suggest you go in the evening ,so you can enjoy Retreat drill just before Sunset {daily}. 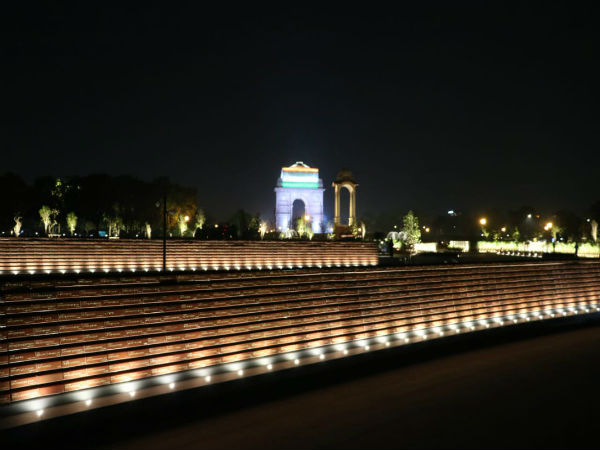 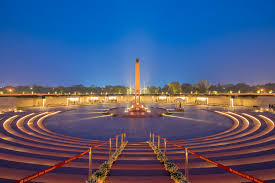